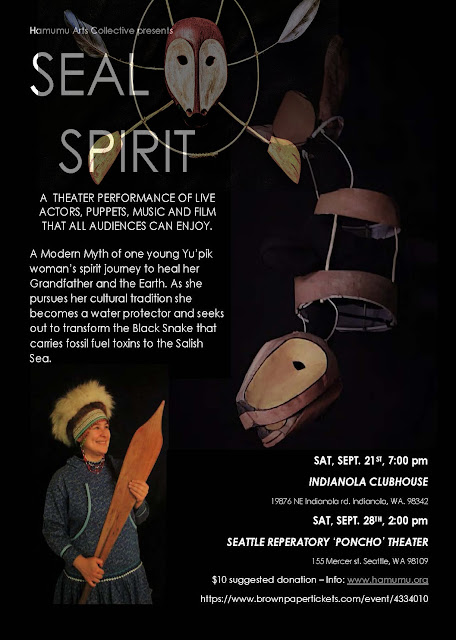 A young Yup'ik woman, Megan, learns that her homeland waters are threatened by the toxic pollution her Cree ancestors warn is carried there by a giant poisonous Black Snake. Megan travels to Alberta  believing she can heal her Uncle of the cancer he contracted near the Alberta tar sands. She discovers her Yup'ik heritage brings her an extra power from the Seal Spirit Water Protector. On her journey she works together with another man from the oil industry to adapt an old healing ceremony to transform the Black Snake before into a Seal Spirit before it reaches the Pacific Ocean.
The show features a 15 ft. Luminary Transformation Serpent Puppet and settings projected on a giant film screen behind the performers who sing and dance to original hip-hop and traditional style music.